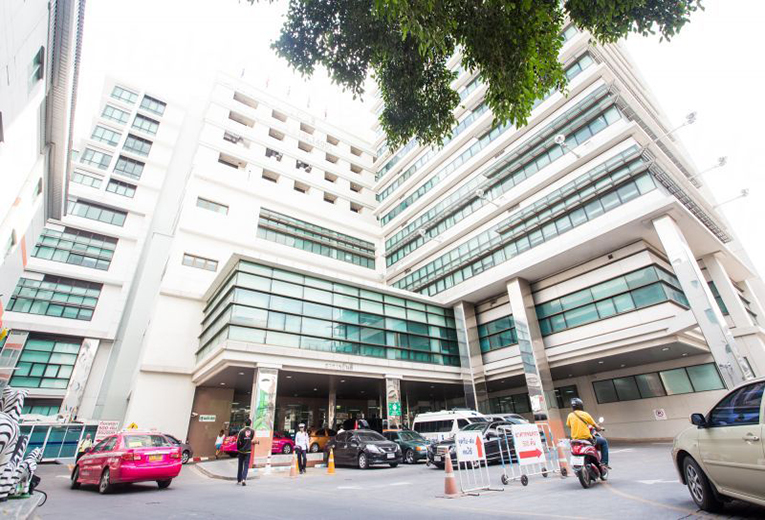 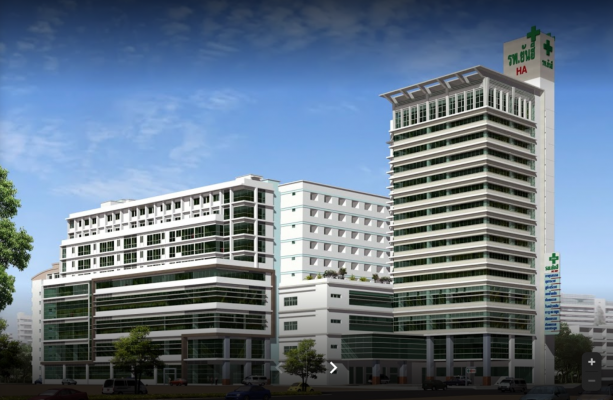 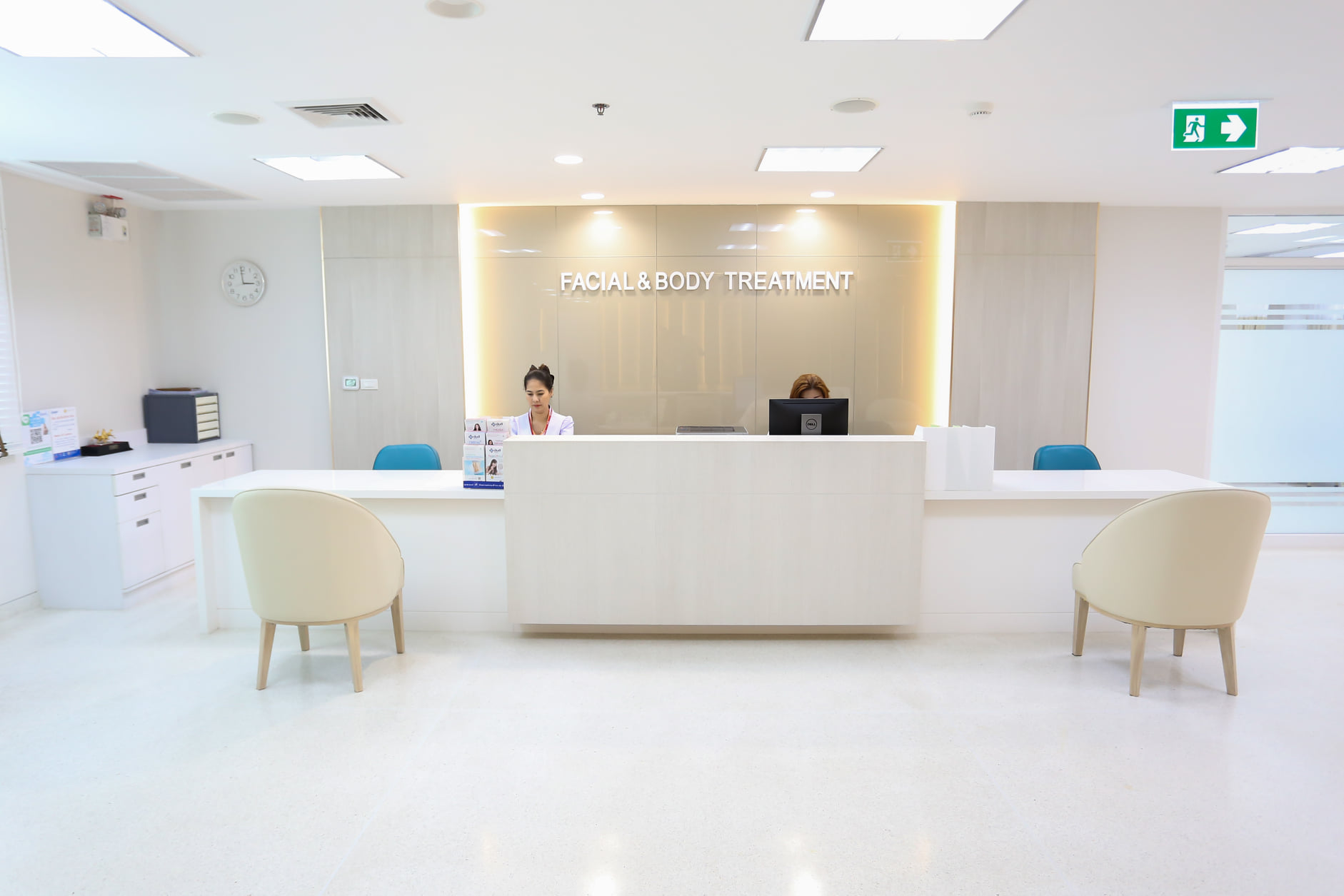 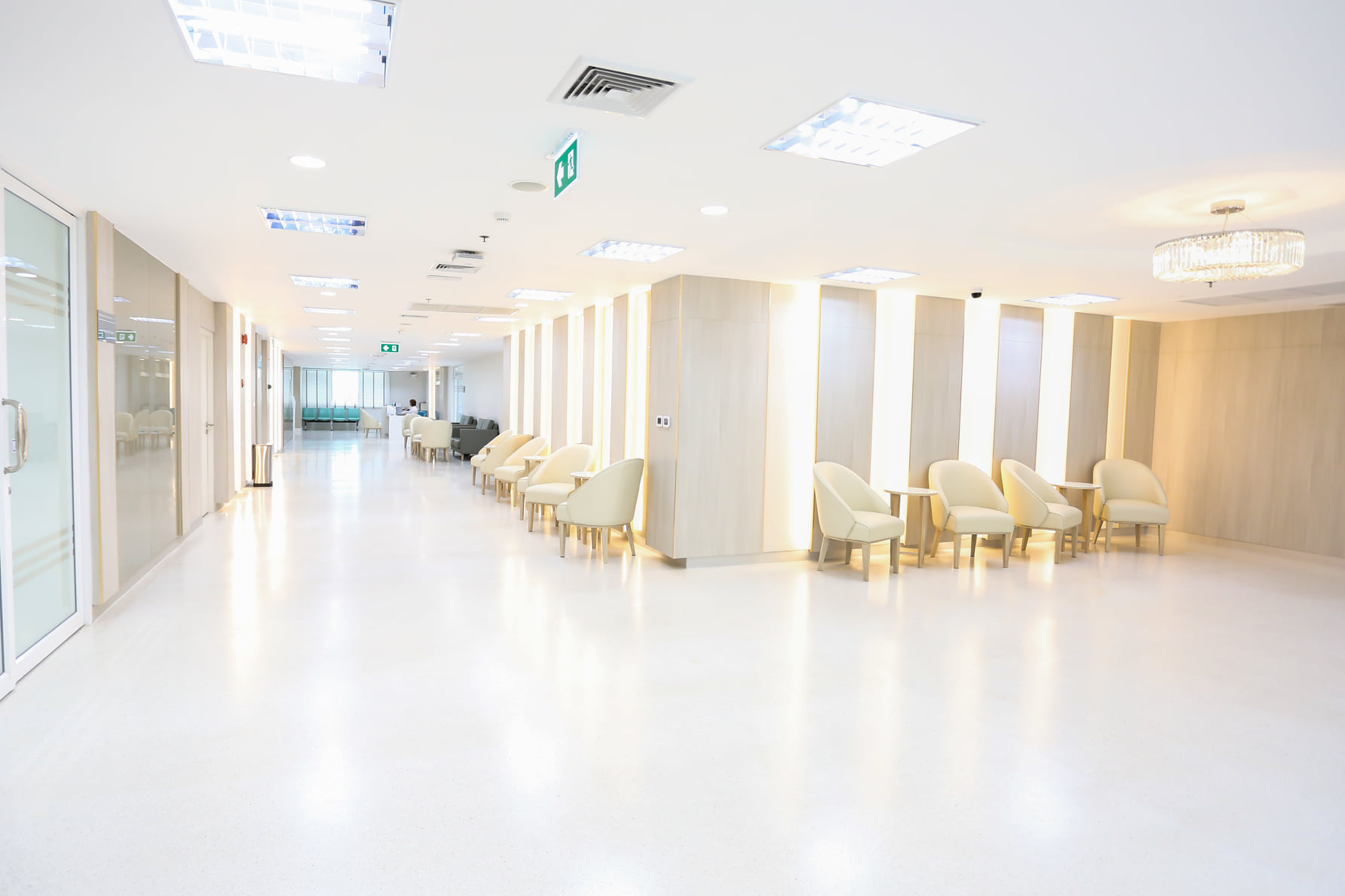 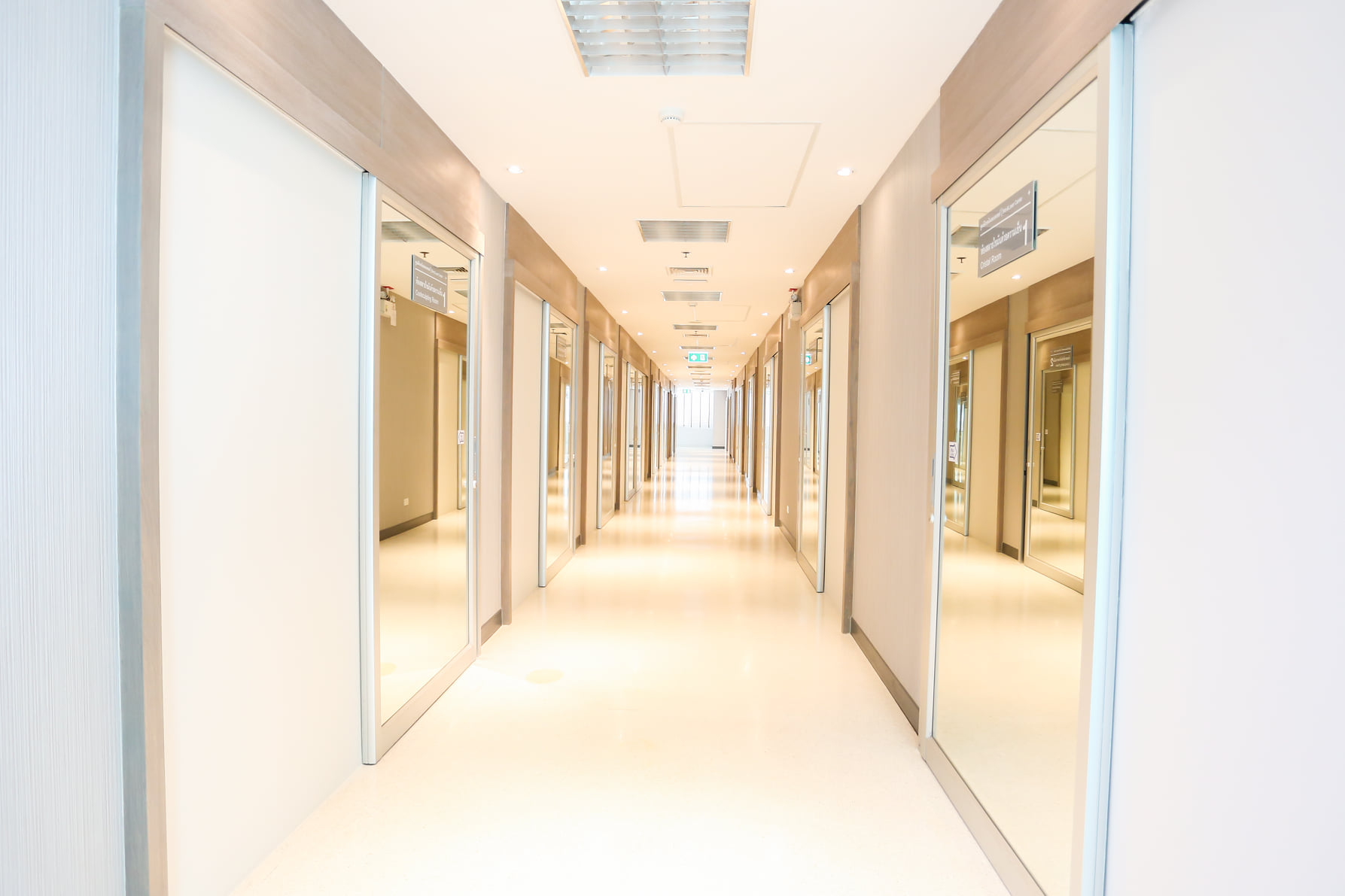 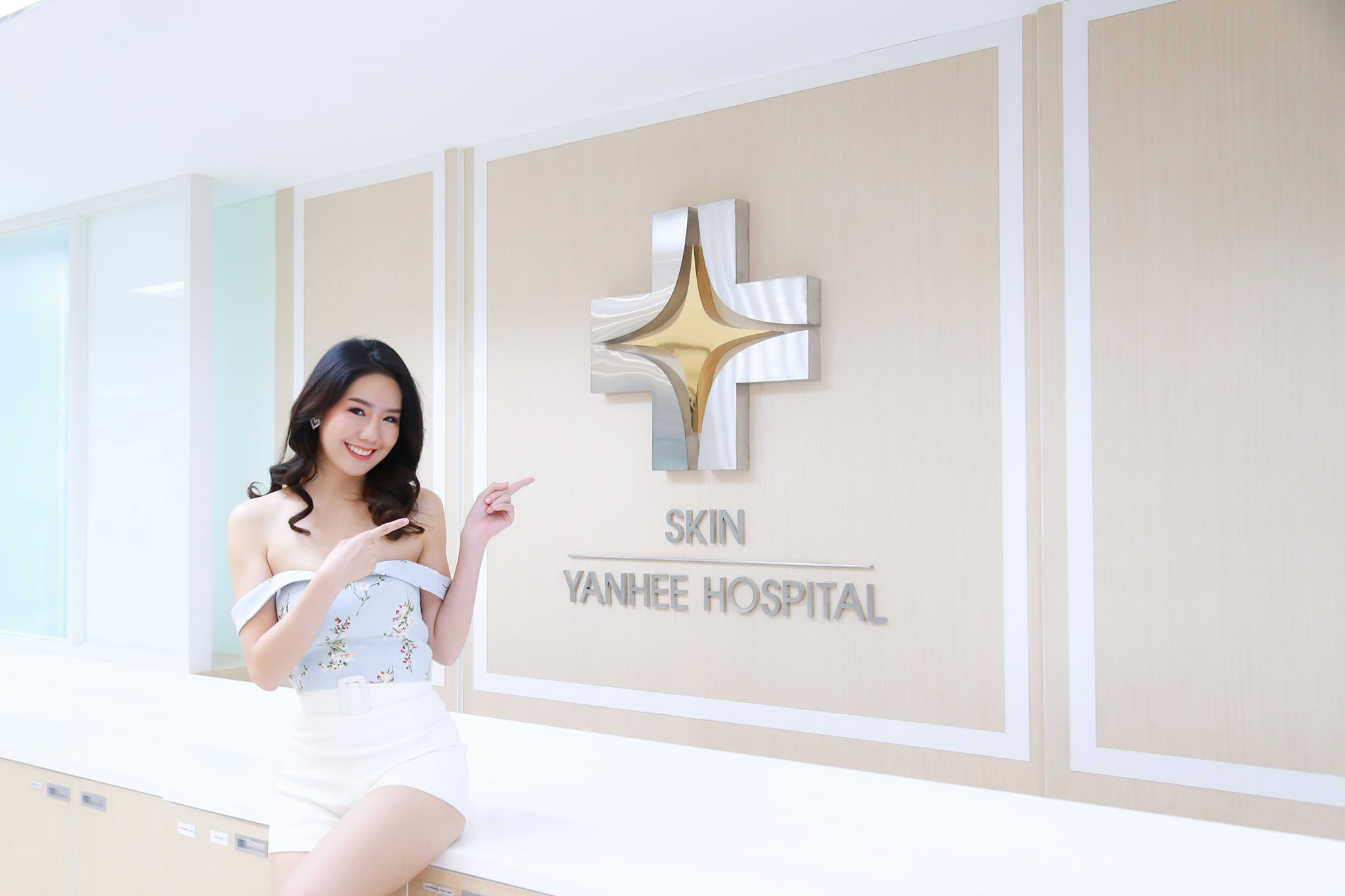 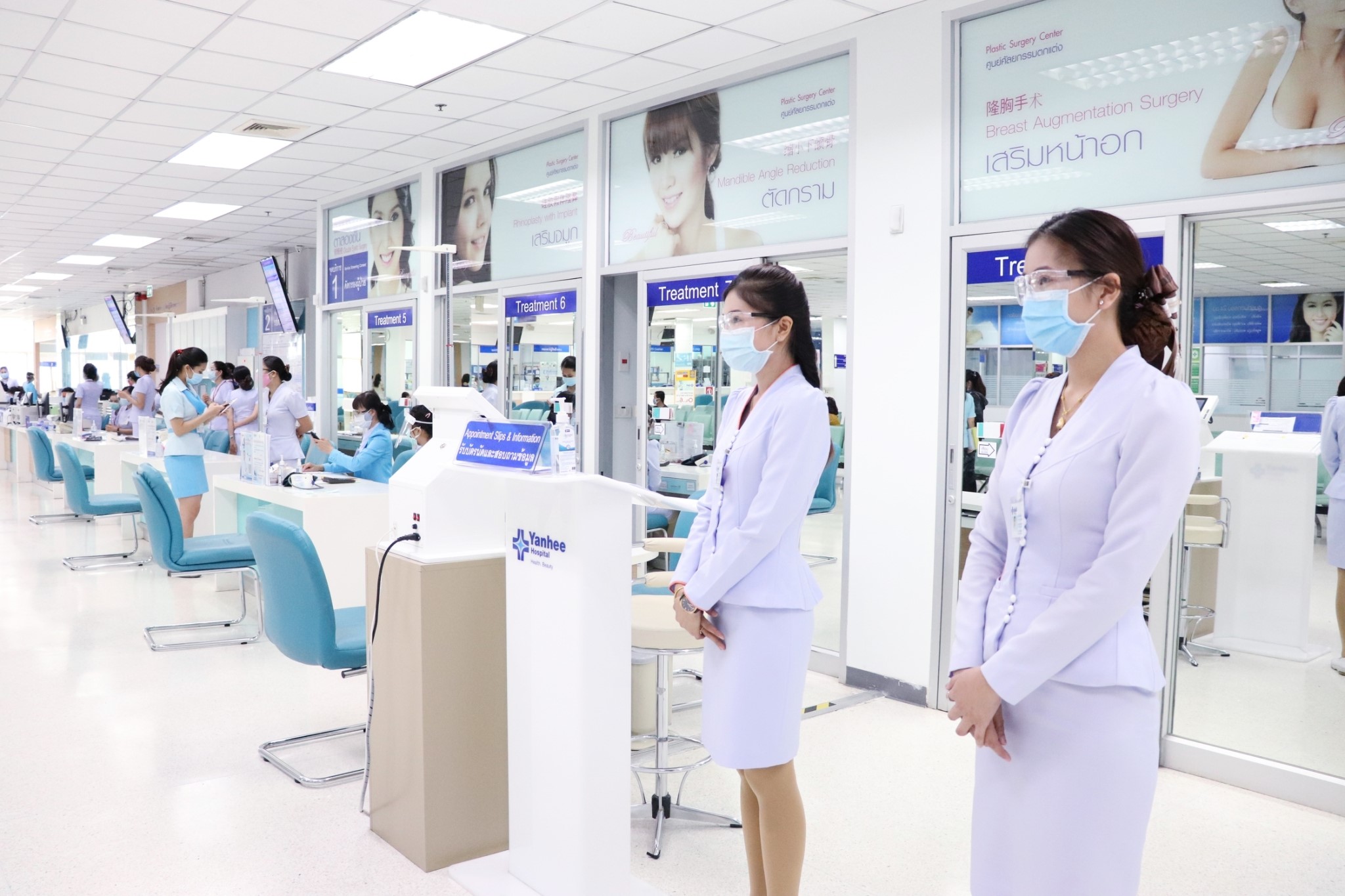 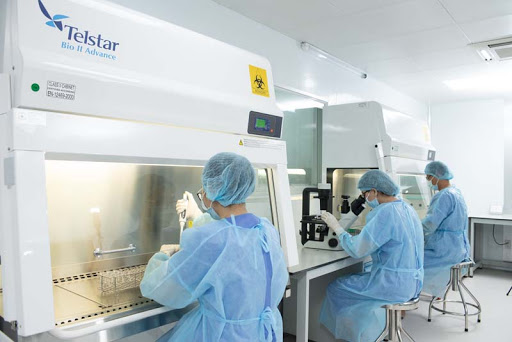 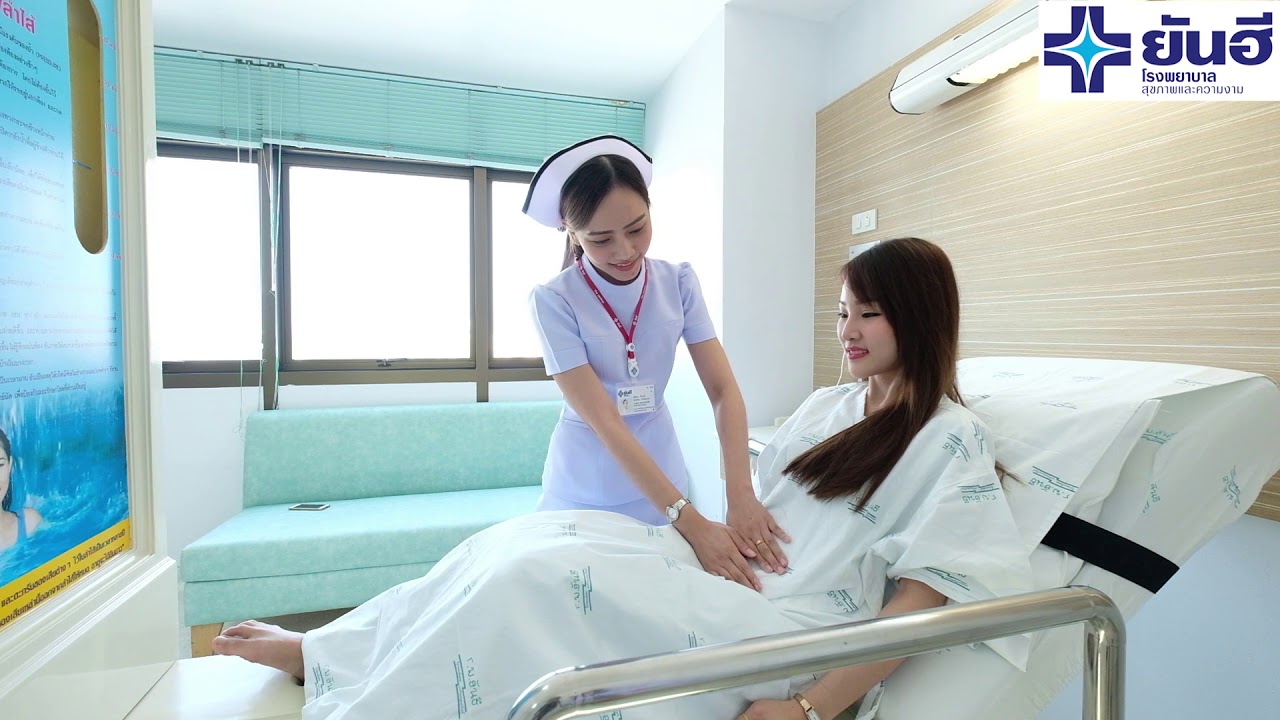 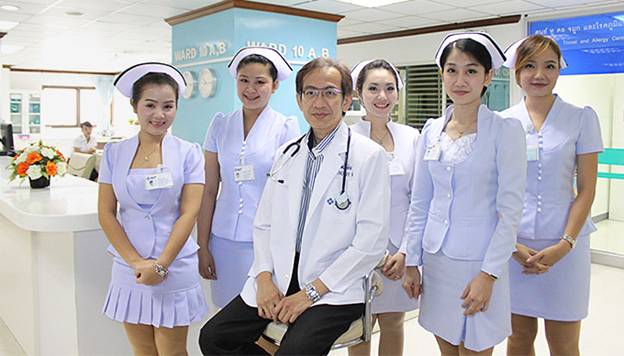 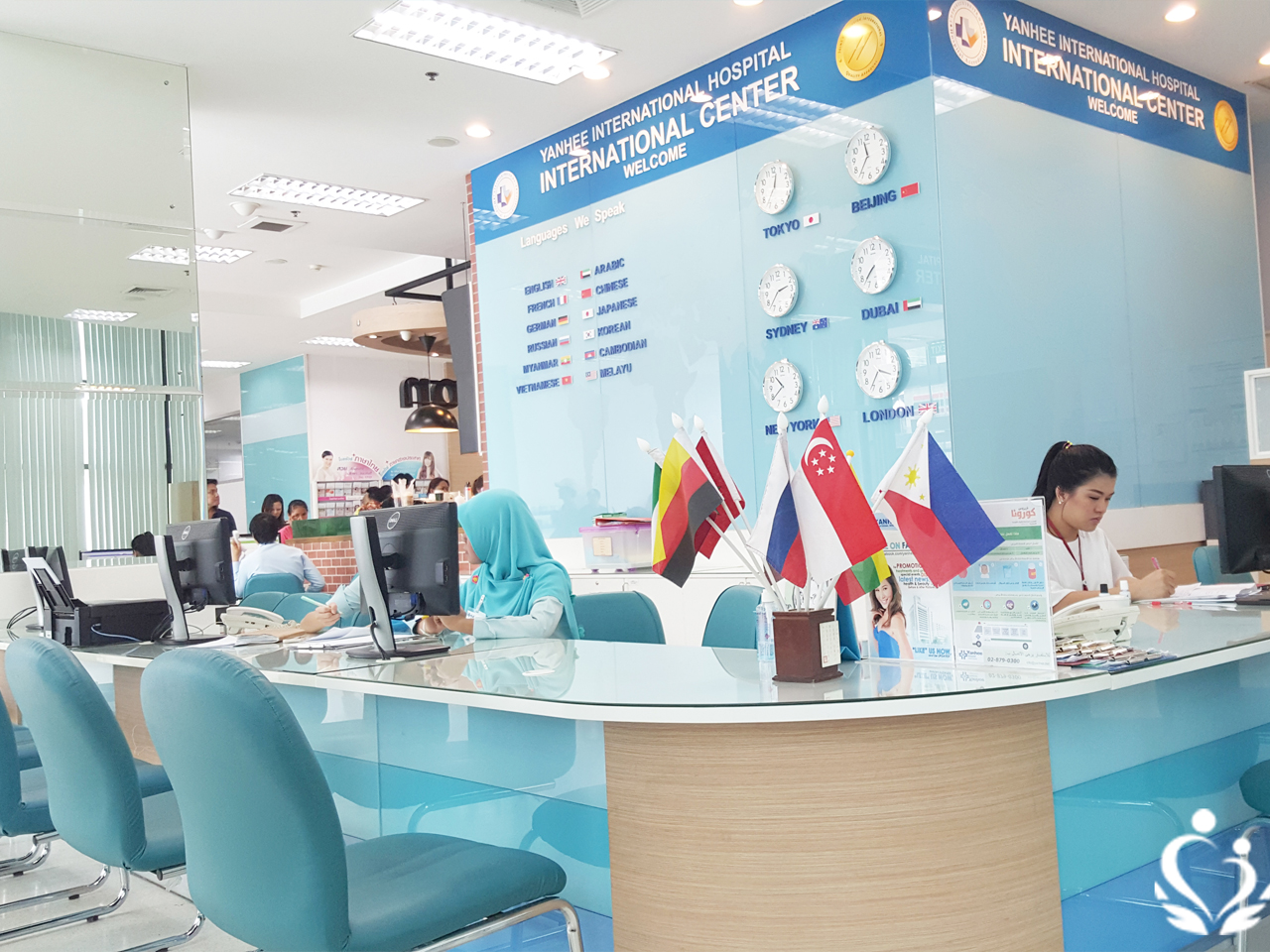 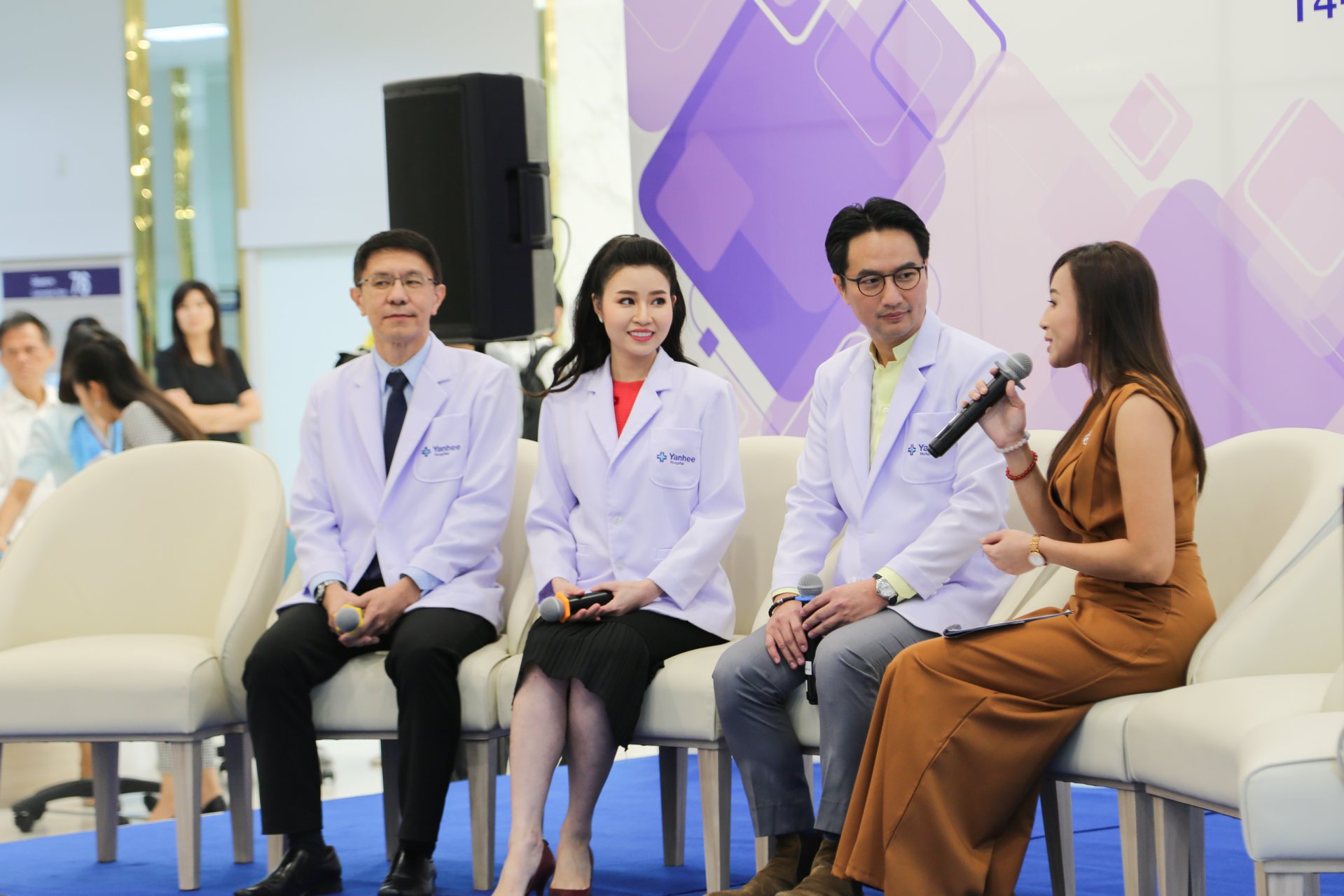 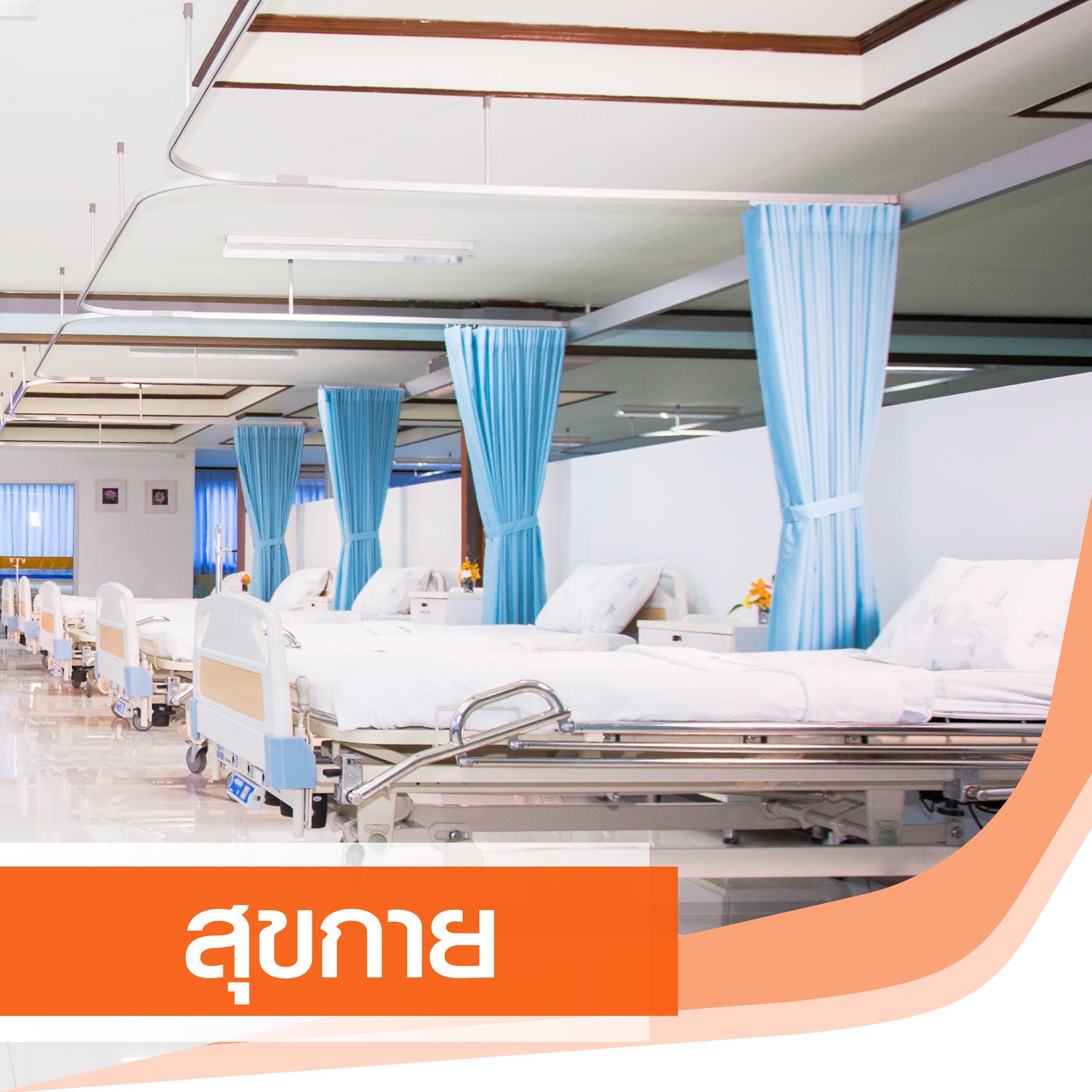 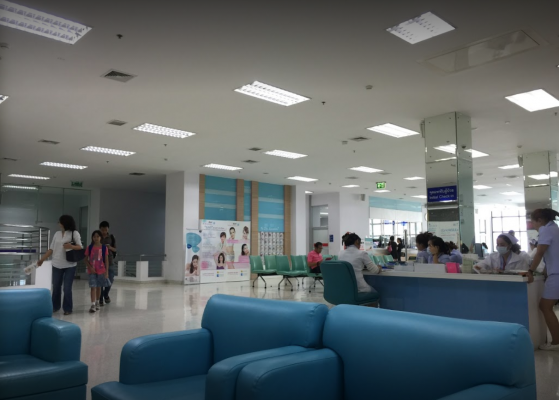 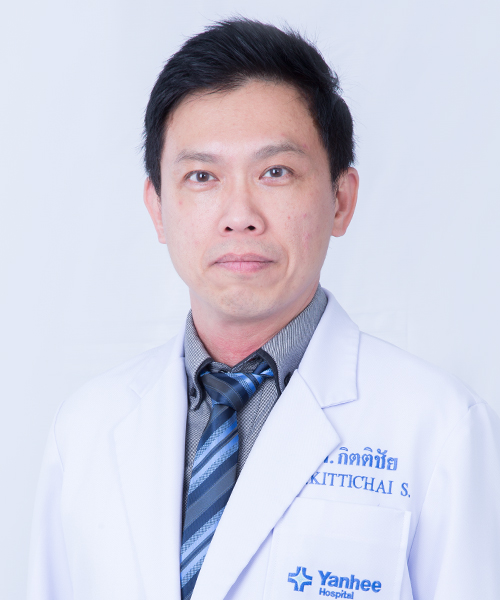 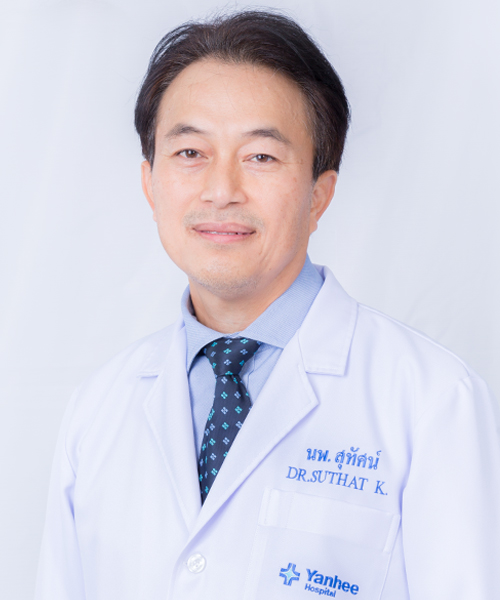 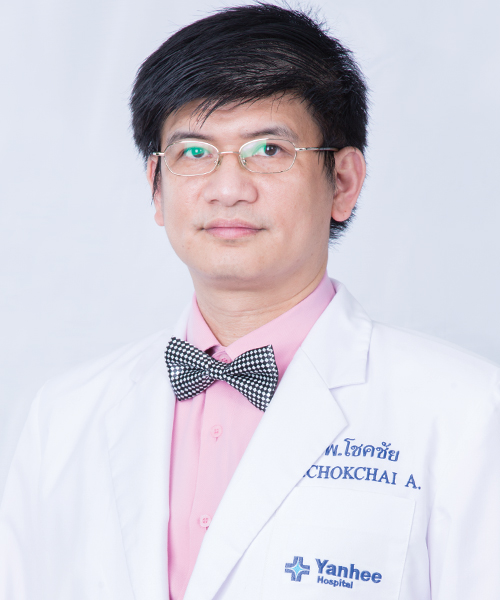 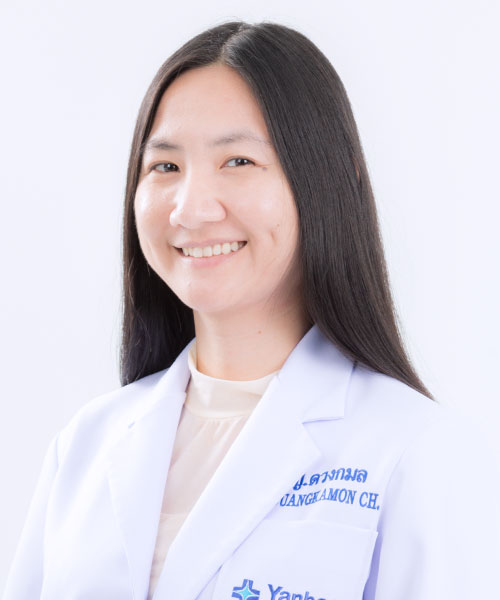 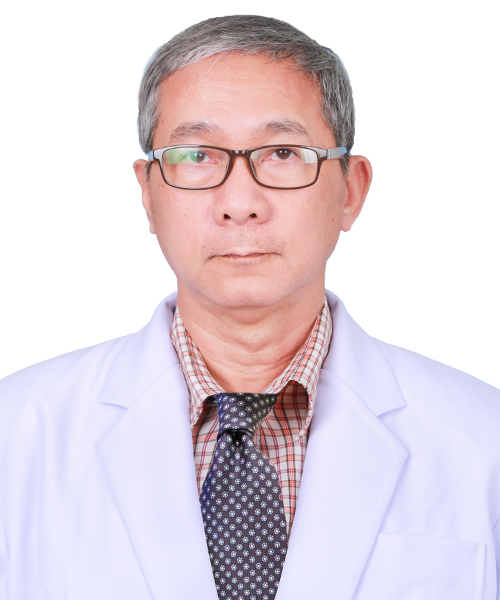 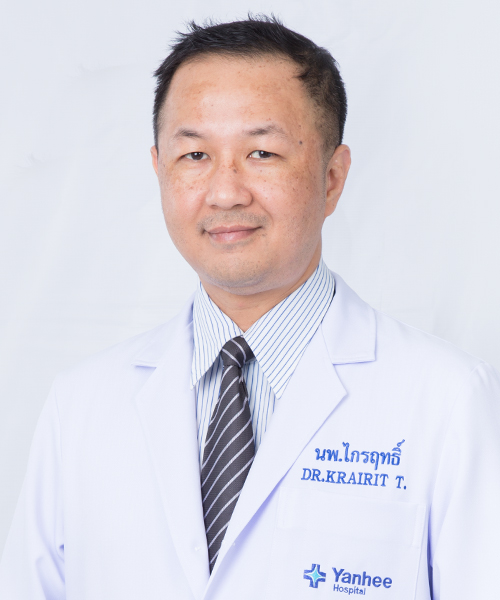 I had surgery 3 weeks

I had surgery 3 weeks ago at this hospital, I had mid face lift upper eye
lid surgery and tummy tuck. Dr Pitch was my surgeon and was was great. I was in there for 5 nights. So far I am very happy with my results. The treatment at the hospital I could not fault I had my own very large room with own shower room with tv and the nurses couldnt do enough for you from bathing you to giving you your medicine to helping you any way you needed. The food was also great. The are very cautious with infection and are always putting on gloves and putting ointment on you. I think Dr Pitch is very popular with Australian ladies. And there are a lot getting done there. The prices are great. We stayed the night before just walking distance at the Phet Park Residence. But after that went into the city to stay until we had to get the stiches out before coming home. I went with a friend who also had her breast done. She had a lift and implant with Dr Pitch and she is also very happy. I
had it all organised before I left with sending photos via the internet. And
when we arrived had the consultation and surgery the same day with Dr Pitch.

My wife and I just

My wife and I just returned from a month-long trip to Thailand. Not our first time, we have a good feel for the country after visiting many times over the last thirty years. My 62 year old wife had some concerns about her facial features so she visited a doctor here in California and found that what she was hoping to get done was going to cost over US$20k. She wanted a facelift, neck lift and browlift. We both decided that Bangkok would be a cheaper option. And it was.

We researched online and saw that quite a few places in Thailand really tried to capitalize on medical tourism. It seemed that Bunrungrad Hospital had the premium service for tourists. We noticed that Yanhee Hospital did too but they weren’t in the touristy area of town like Bumrungrad. Both hospitals advertise their prices online and it looked like Yanhee was about 20% less expensive than Bumrungrad. So we contacted Yanhee and found that they had a pretty good team of contacts who speak English well and were very reliable in communication.

After several emails of questions that we had, we decided to book the procedure there at Yanhee Hospital. We wanted to come and get the surgery done ASAP and then stay in Bangkok for a week until it was time to get the sutures removed. There were a few hiccups about the exact day that the operation would take place, but we felt that Yanhee really did their best to accommodate our schedule.

We initially came to the hospital on a Friday morning. The hospital is on the other side of the river, northwest of the main tourist areas. We were wondering if the area of the city might be a problem but it was not. It was just typical Bangkok…sois and main roads and nothing to be afraid of or concerned about. No big shopping malls or big restaurants nearby but that was not why we were there. I ended up doing a lot of walking around the neighborhood and found it typically Thai. Very safe with lots of places to eat along the street.

Dr. Thawatchai did the consultation that morning. He already had all of her photos and knew what she was looking for in the procedure. It took about thirty minutes and after she had several medical tests done, she was slated for surgery later that day. She was admitted to the hospital and given a private room that I was able to stay in during her stay. Her operation allowed her to stay in the hospital for four nights. The same procedures in the USA would have allowed one night. The room was clean and comfortable and I had a comfortable couch to sleep on along with bathroom and shower. Plus, I could order meals over the phone from an extensive menu.

Her surgery ended up taking nearly six hours in the operating room and she wasn’t brought back to the room until nearly 1am. I was a bit worried as she looked like she’d been in a car wreck. The rest of that evening, a nurse came in every hour to check on her and make sure everything was OK. The next day was much the same with nurses coming periodically and her doctor also visited to check up on her. They all spoke English quite well and we never had a communication problem.

Four nights sounds like a lot but it was worth it and we were glad for it. The staff was wonderful with changing bandages and making sure she was comfortable. Dr. Thawatchai even came to the hospital on his day off to check up on her. By the fifth day, it was easy for her to leave without discomfort of any kind. The surgery had been very successful and we were both amazed at the work that Dr. Thawatchai had done.

The total cost of everything was 285,000baht which was US$8900. A year earlier with a cheaper baht and it would have been only $7900. And this included EVERYTHING, followups, room and board, meds, and meds to leave with.

It’s now four weeks post-op and we are both very happy that we decided to go to Bangkok for her work and especially happy with everything about Yanhee Hospital. There were not many recent reviews of Yanhee and I thought that it might be helpful to those looking into it. We would not hesitate to go back.

Hi I have just returned

Hi I have just returned from having a breast augmentation with Dr Suthat. I am very happy with all the staff at yanhee and Dr Suthat was amazing. I did a lot of research before going as friends and family were upset with me going to bangkok. They all said I was going to be sorry. I was in my hairdressers and a girl that was getting her hair done was going to Yanhee through an australian company medi makeovers. If you are worried about going over give this company a call as i think they made my trip worry free. I am so happy with my surgery and i did not have to do anything, it was all done and booked and i just turned up. They had an amazing girl who was there for me the whole time. No one wanted to come with me and i was worried about going alone but as soon as i arrived my fears were gone.

I am a 65 year old woman and in June I had a mini facelift and neck lift which was performed by Dr Pitch at the Yanhee Hospital in Bangkok. Suffice to say, I am so very happy with the results, and would recommend Dr Pitch to anyone who is considering cosmetic surgery. Dr Pitch is a very considerate man, and has a lovely bedside manner. I spent four days in hospital, and cannot praise the care I received enough. The nursing staff are exceptional, and the private rooms are very nice. I spent six months researching Dr Pitch and the Yanhee Hospital before making an appointment to consult Dr Pitch, and making a decision to go ahead with the surgery. Everything was done through Destination Beauty, and ran very perfectly. My husband also had his upper and lower eyelids done with Dr Pitch and is also very pleased with the results. Please, if you are considering any procedures, don’t let anyone here at home put you off regarding getting it done in Bangkok, because the process runs very smoothly, the care is very good and Dr Pitch certainly knows what he is doing.